In taking a holistic approach to one’s health, good quality sleep is a key, if under-appreciated factor. When thinking about achieving a healthier lifestyle and shedding extra pounds, it is instinctual to think of the foods you’re eating and daily exercise. However, the quality of your sleep may be undermining results and ultimately become detrimental, as studies from the University of Chicago, the University of Wisconsin, and published in the International Journal of Behavioral Nutrition and Physical Activity present.

The recommended amount of sleep for the average adult is between seven and nine hours a night, as stated by the American Academy of Sleep Medicine and Sleep Research Society. In studies, when this average sleep pattern is altered, the effects are startling. For example, sleep-restricted participants in a study consumed 130% of their caloric requirements, doing a large part of this additional eating in the late evening following dinner. The on average 550 additional calories during the night hours resulted in the study’s sleep-restricted group gaining 1 kg (2.205 pounds) after just five nights. On the other side of things, for sleep-deprived obese patients who increased their nightly amount of sleep, effects such as a reduced body mass index, a greater willingness to exercise, and fewer cravings for sweet and salty foods were noted.

A third study conducted in 2016 featured ten overweight nonsmoking adults with an average age of 41. The intervention in this group featured a moderate caloric restriction, typical to most weight loss efforts, but with either 8.5 or 5.5. hours of sleep an evening. The results of this study were indicative: the curtailment of patients’ sleep decreased the proportion of weight lost as fat by 55% in the just 14-day study. The conclusions of the study note that results “shed new light on the paradoxical association of human obesity with loss of the most energy-efficient and sedentary human behavior: sleep.”

The illogical nature aside, the results due not lie. A crucial component to a healthy lifestyle, especially for an individual interested in losing weight in a healthy manner, is to get between the recommended seven to nine hours of sleep. By slipping into bed a few hours earlier or rising a few hours later, you can remarkably impact the present and future of your own health. Used to a nightly four hours and supplementing that with a cup (or four) of coffee? The experts at Pria Wellness can help put you on track. Book an appointment online or call today at 410-565-6552. 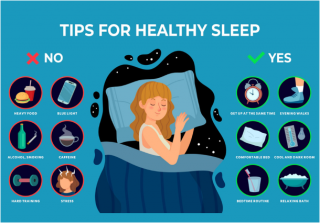 Making good choices and eating healthy may start at the grocery store, but it doesn’t end there. How you prepare and store those delicious, healthy foods matters too! When it comes to your health, there’s no such thing as being over-prepared.

Signup for our email newsletter: